We further present, exemplifying through pictures, the steps taken to correctly identify and realize the geometry, structure, controls, but also some of the installations of the IAR 80 aircraft.

Below, we find some “views” of the starting model for which tens, maybe a few hundred hours of study were invested.

The fairings of the front of the fuselage are specific to an inverted inline V12 engine, atypical for a twin-star engine, this being a feature of the IAR. 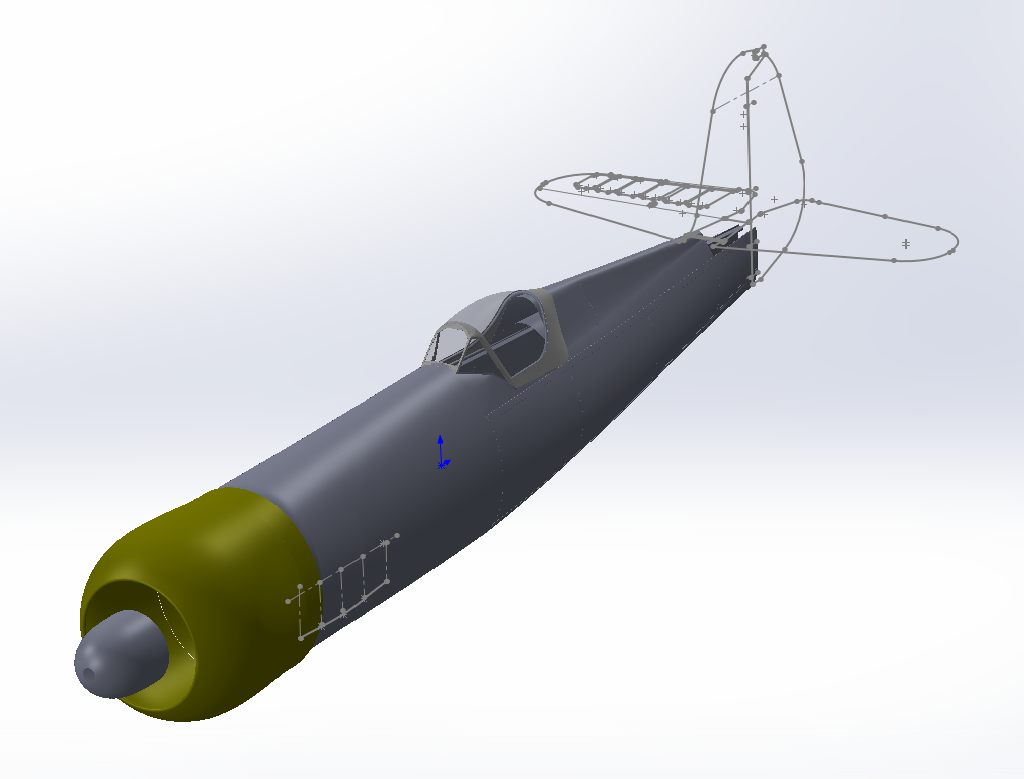 The rear of the fuselage, of a semi-monocoque construction, was rebuilt using the execution drawings of the frames and those of the respective assemblies, but also by studying the available pictures and more.

The rear fuselage, built similarly to that of the PZL 11F aircraft, consists of 10 main frames and 5 intermediate frames, as well as 4 longerons with the omega-shaped section. Most of the shell elements have been designed by the factory engineers, such as frames III, IV, V, VIII, IX, X, Xbis, X. Frames VI, VII are identical to those of the PZL, according to the part numbers in the cartridges of the factory drawings.

In addition, we present below the first 3D shapes made using drawings from the Romanian “Modelism” magazine, but which were later abandoned due to accuracy reasons.